Write a Title That Sells Your Book

Choose a title for your book at least as carefully as you would select a given name for your firstborn child.

– Nat Bodian, How to Choose a Winning Title

Getting someone to pick up your book—even just to glance at the cover—is a monumental task. They have to pick it up before they can read it, and they have to read it before they know how brilliant you are.

But they’ll never get that far if they never pick it up in the first place.

Your title is critically important. Word for word, it is the most valuable copy in your entire book.

I specialize in ghostwriting business books. In the process, I help my authors figure out the best title for their book. Frustrated by the lack of any kind of guide out there, I created my own. To my knowledge, it is the most comprehensive approach to writing effective business and nonfiction titles.

Let me give you five criteria to use when brainstorming titles for your book.

But First, Let’s Kill a Myth

Don’t look to bestselling books for clues on what to title your book.  A “successful book” and a “successful title” are not the same thing.

Many bestsellers are written by authors who are already successful. In the case of Seth Godin and Malcolm Gladwell, for example, their names sell their books—not their books’ titles.

They have such a devoted reader base that either of them could entitle their next work Zombies My Chicken Ate and it would zoom to the top of the NYT bestseller list.

Sometimes, a book is a success despite its title—not because of it.

So…What’s a “Successful” or “Effective” Title?

A successful title can sell your reader on your book all by itself.

You’ve been there before: you hear or read the title of a book and you think, Hey, I’d read that!

Without knowing the author, without seeing the cover, without flipping through the book, the title alone captured your interest such that you were ready to buy it on the spot.

Working from that premise, I’ve developed “The 5 Cs”: five criteria of judging how effective your brainstormed titles are. It works like Maslow’s Hierarchy of Needs: you have to fulfill each level before you can move on to the next one.

C #1 would be like Maslow’s basic needs, such as food and water. Once you have #1, then—and only then—can you think about moving onto C #2.

#1: Clarity—It Speaks Directly to The Reader and/or Their Problem

The bedrock of a successful title is that it clearly identifies whom it is for.

I’m an independent publishing professional. Titles that jump out at me are those like Microsoft Word for Publishing Professionals or simply Writing Nonfiction.

Those titles are anything but sexy, but I—the author’s ideal reader—know that they were written just for me and the unique problems I face.

#2: Compelling—It Taps Into Your Reader’s Psyche to Provoke an Emotional Response

(Examples of great books covering such studies include Blink, A Whole New Mind, The Power of Habit, and What Color Is Your Parachute? )

If you want to provoke a subconscious response, you must circumvent the conscious mind.

Go for an emotional hook.

It doesn’t need to be overt. It can be as subtle as The Wealthy Freelancer. For a solopreneur like me who has been close to starving early in my career, “wealthy” is a quite compelling word.

Financial Peace is another good example. Personal finance often conjures feelings of dread. “Peace” evokes the emotion many people wish they had when it came to the topic.

#3: Convenient—It’s Easy to Say and Remember

IF your title is clear to your reader, and IF it provokes an emotional response in them, then—and ONLY then—can you attempt to also make it easy to say and remember.

Here are some ways to fulfill criteria #3, but some may contradict each other. That’s okay; the goal is convenience, however you achieve it:

If you can nail Cs 1, 2, and 3, then you’re in great shape. The fourth C is where you can add some jazz and pizzazz to your title.

We all love clever titles. The War of Art  and The Small-Mart Revolution are two great books with twists of titles. The first is a clever inversion of the classic The Art of War while the second plays off of “Wal-Mart” as a kind of David and Goliath tale of small businesses fighting back.

The problem with far too many unsuccessful books is that the authors jumped at the chance to write a brilliant title—at the sacrifice of clarity.

If your reader doesn’t know the book is for them and passes over it, then your “clever” title turns out to be just plain dumb.

#5: Congruous—It Lends Itself to a Series

The apex of the 5 Cs is that your title could be tweaked into a series title. That way, (assuming your book is a success), your following books can build off its success, instead of having to start from scratch.

When All Else Fails

I’ll share a bit of my father’s hard-earned wisdom as an engineer with you: “Anytime you solve one problem, you create another. The question is: is it worth it?”

When in doubt, err on the side of clarity.

If your title is interesting but obscure (Getting Naked, The E-Myth), unless you have great marketing to fall back on, you won’t enjoy the success you could have otherwise. If you have a specific marketing strategy that does not rely on the strength of your title, then you can afford to be weird, silly, or mysterious. Just keep in mind that the harder it is to grab your reader’s attention…the harder it will be to grab their attention.

When all else fails: just call your book what it is.

Derek Lewis is “America’s #1 Ghostwriter for Business Experts.” As a professional ghostwriter, editor, and coach, he has worked with authors on five continents, from CEOs of multinationals and Fortune 100 consultants to small business owners and thought leaders. He is the author of How Business Authors Work with Ghostwriters and the forthcoming book How to Write a Business Book. He holds a master’s degree in business and economic development from the University of Florida and lives in Baton Rouge, Louisiana, with his wife and two children. 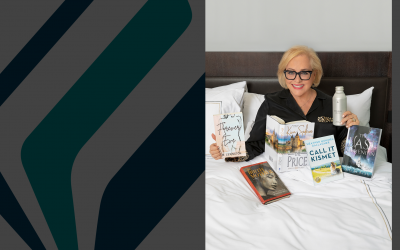 Guest Post: Once Upon a Time by Jane Ubell-Meyer

When I was twenty-two years old, I was spending my summer weekends on Fire Island, (a trendy vacation spot for New Yorkers—more shabby than chic). It was fun in the sun with parties and gourmet dinners on the beach. Even more perfect, I started dating an “older” man....

END_OF_DOCUMENT_TOKEN_TO_BE_REPLACED 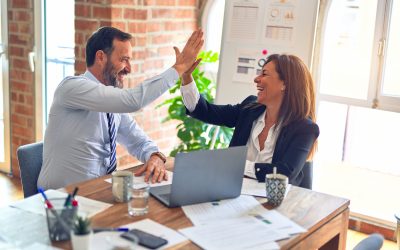 Should You Consider Author Coaching?

No matter what stage of the publishing process you’re in, you likely have questions and need answers. Naturally, you'll face some confusion, especially with all the varied advice and information out there. In fact, authors searching for answers often only come up with...

END_OF_DOCUMENT_TOKEN_TO_BE_REPLACED 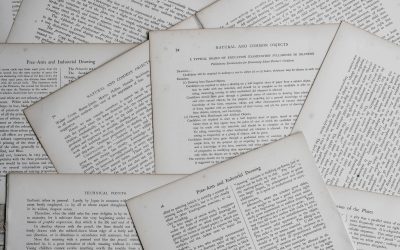 Typesetting: What It Is and Why It’s Important

Between copyediting and proofreading, there's another phase of the publishing process that you may or may not be familiar with: Typesetting. If you have any questions about typesetting, by the end of this blog post, you'll have a better understanding of this part of... 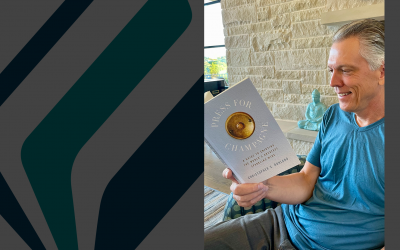 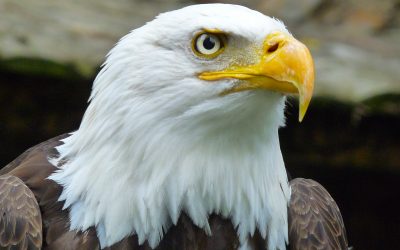 Why You Need an Editor

In our last post, we discussed the different methods of drafting a book. Writing a book is just the first leg of an author’s journey. After that, many authors think it's time to publish, but, in fact, it's time to polish the manuscript. The editing process is an...